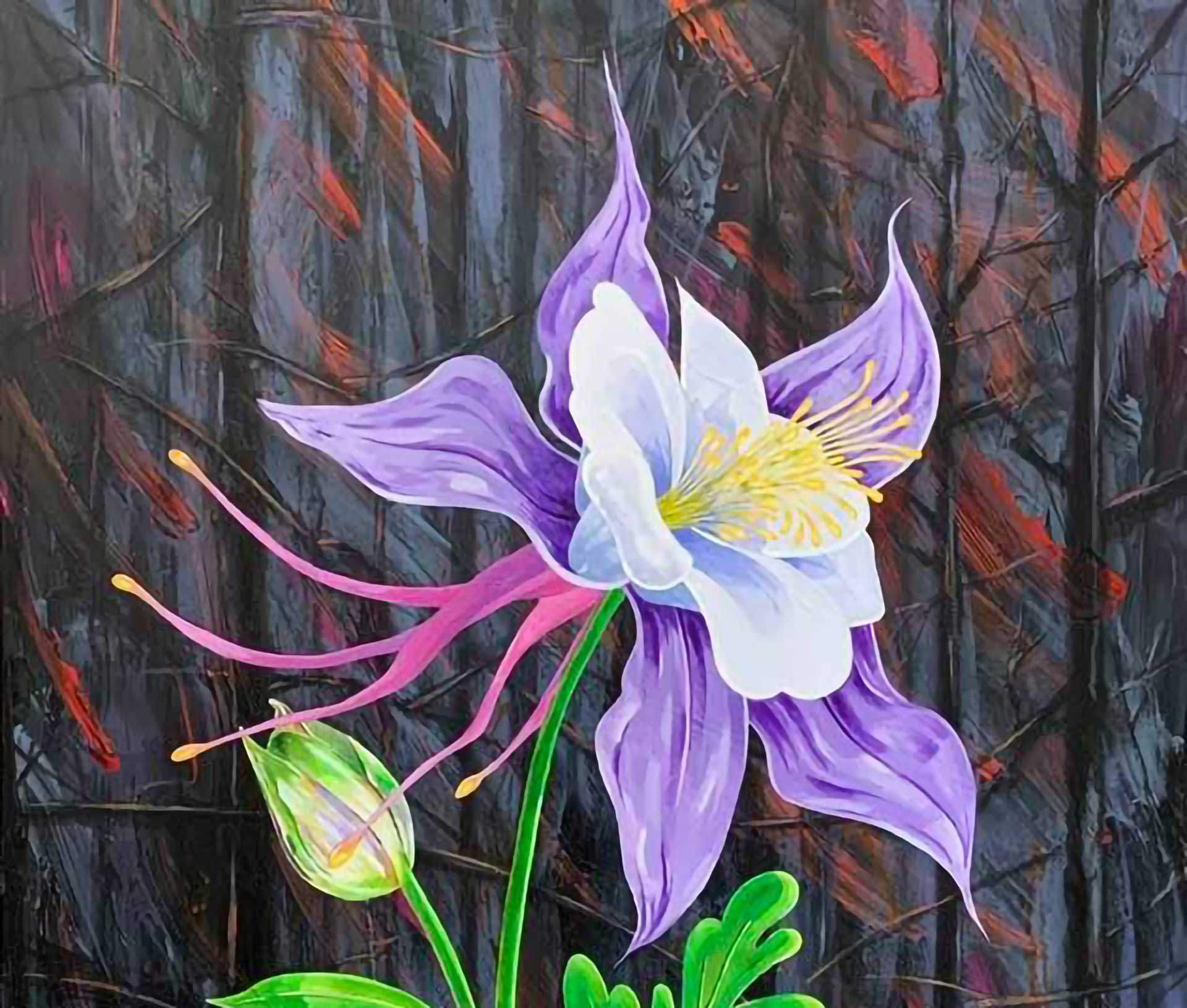 In 1963 Bob earned a Bachelor of Arts degree with a concentration in graphic design and painting from Colorado State University in Ft. Collins, CO, where he also served as affiliate faculty from 1971 to 2003.  To enrich his years of experience and previous education, Bob steeped himself in workshops, seminars and classes during the 1990’s.  In 1994, following 31 successful years in graphic design and illustration, Bob launched his fine art career.  He paints, sculps and dreams in his home studio north of Ft. Collins where he and his wife Sallie live near a lake with a view of the magnificent Rocky Mountains.

Colors, as used by the Fauvists, the challenge of composition and the excitement of discovery impact my work and style.  Animals, plants, landscapes and people provide a wealth of subject matter.  Combining a sense of warmth, graceful movements and detail give release to a style bordering on abstract by reflecting a true image.

I have developed a style that is unique to me.  I want something that is different.  It is stylized, often whimsical, always colorful and hopefully strong in design and composition.  I also work on figurative images and images that are strictly abstract or non objective.

My paintings can evoke an emotional response from the viewer.  An art critic once suggested that my art could be described as Abstract Surrealism.  Mythology, Nature, Native American, Celtic, Asian, Middle Eastern, Greek and Roman art are strong influences in my work.  My work also reflects a Gustave Klimt feel as well as influences from Marc Chagall, Henri Matisse, Juan Miro and the modern day Chuck Close.

I use geometric shapes, circles, triangles, squares and other forms, such as arrows and concentric circles.  The arrow, used by early Native Americans in many of their animal images found on pottery and  petroglyphs, represents the heart line.  The heart line was believed to be the strength, source, and breath of life for a particular animal.  I use the arrow as a design element and feel that it helps give my paintings a sense of movement as well as suggesting the four directions.  Above all, I try to create something unique, fascinating to look at and something that brings joy in doing.

The Artwork by Bob Coonts

Scroll Up
error: Content is protected !!
Manage Cookie Consent
To provide the best experiences, we use technologies like cookies to store and/or access device information. Consenting to these technologies will allow us to process data such as browsing behavior or unique IDs on this site. Not consenting or withdrawing consent, may adversely affect certain features and functions.
Manage options Manage services Manage vendors Read more about these purposes
View preferences
{title} {title} {title}